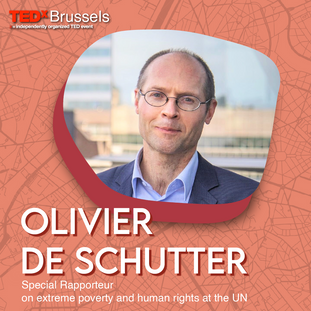 Olivier De Schutter is a professor at UCLouvain and Sciences Po (Paris). Formerly Secretary General of the International Federation for Human Rights (FIDH), he is the UN Special Rapporteur on human rights and extreme poverty. He was the UN Special Rapporteur on the Right to Food from 2008 to 2014, and a member of the UN Committee on Economic, Social and Cultural Rights from 2015 to 2020. He was awarded the Francqui Prize (the "Belgian Nobel") in 2013 for his work on European governance.